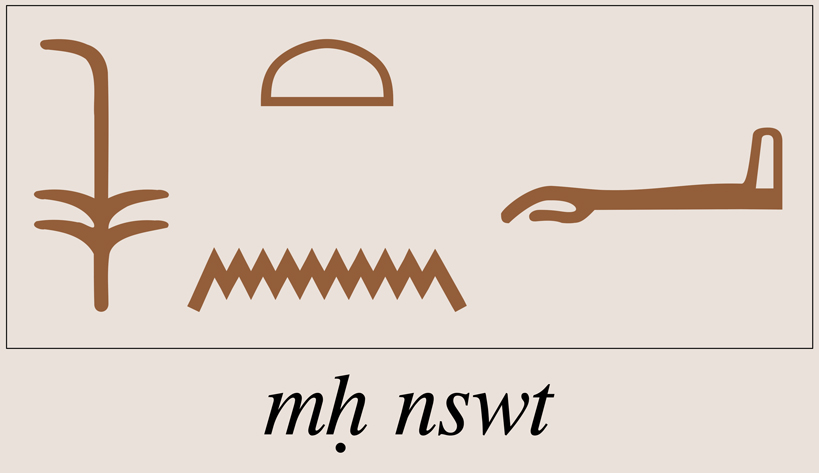 The ancient Egyptian royal cubit (meh neswt) was the standard linear measure in Egypt and was based on the forearm length from the middle finger tip to the elbow bottom. Several cubit rods have survived. Fourteen rods were described and compared by the German Egyptologist Karl Richard Lepsius in 1865. These cubit rods range from 52.35 to 52.92 centimetres in length, and are divided into seven palms and of which each palm is divided into four fingers (a total of 28 fingerbreadths or digits). The fingers are further subdivided. The cubit in general use measured approximately 52.3 centimetres. The exact length of the royal cubit is encoded in the King’s Chamber of the Great Pyramid of Giza. The exact value follows from the right-angled triangle with angles of 30, 60 and 90 degrees (3 – 6 – 9).

Cubit rod of Maya, the overseer of the treasuries during the reign of Tutankhamen (18th dynasty) 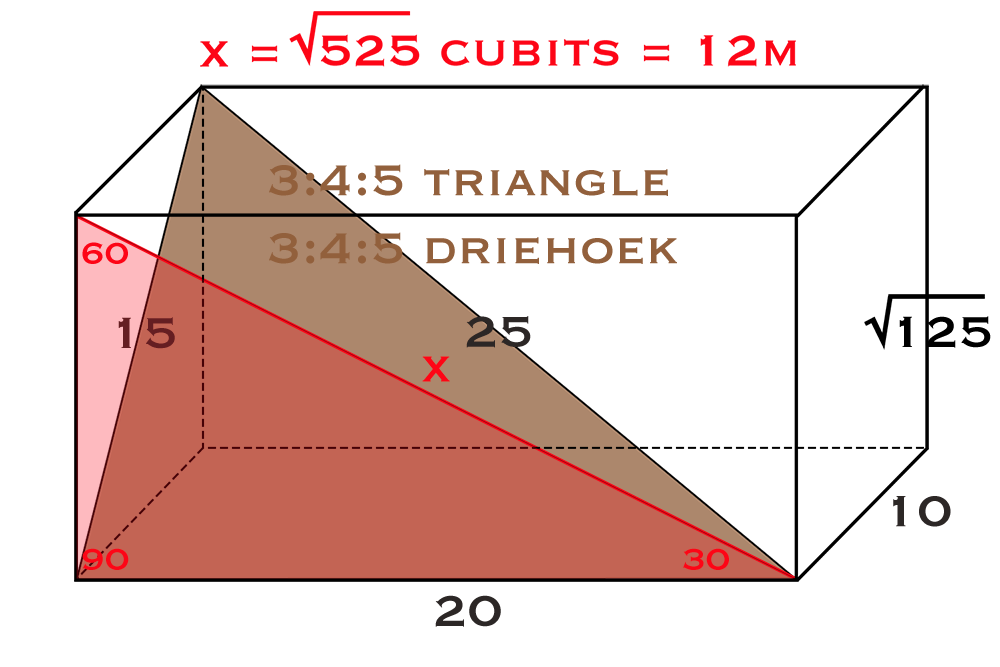 A 30-60-90 right triangle is a special type of right triangle where the three angles measure 30 degrees, 60 degrees, and 90 degrees. The triangle is significant because the sides exist in an easy-to-remember ratio: x : x√3 : 2x. That is to say, the hypotenuse is twice as long as the shorter leg, and the longer leg is the square root of 3 times the shorter leg. The exact length of the royal cubit is equal to the 30-degree angle in radians being 0.5236 or π/6 metres. The 60-degree angle is π/3 radians or 1.0472; the year of completion of the Giza complex according to the book of Willem Witteveen is 10,472 B.C.E. The exact age and origin of the royal cubit is not documented but its use is also known from Old Kingdom architecture around 2700 B.C.E. 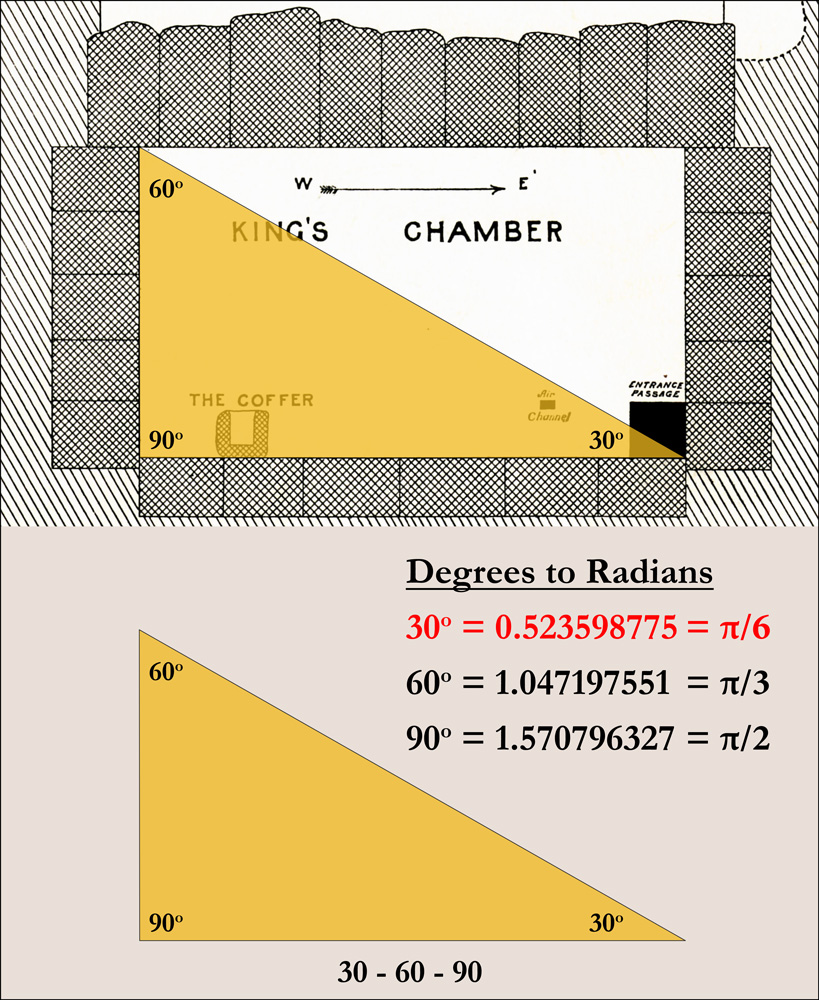 “If you knew the magnificence of the 3, 6 and 9, you would have a key to the universe” – Nikola Tesla

Nikola Tesla claimed that these numbers were extremely important but gave no further explanation. The numbers are related to energy and vibration as 3 x 6 x 9 equals 162. The resonant frequency of the King’s Chamber is 16.2 hertz and is equivalent to the second harmonic of the Schumann frequency for the latitude of Giza. In Witteveen’s book about the true function of the Great Pyramid, this frequency is called the ‘Golden Frequency of Giza’ because of its relationship with the Golden Number Φ (1.618). The resonant frequency of the sarcophagus inside the King’s Chamber is 81 hertz or 162 divided by 2. The Great Pyramid of Giza was a receiving antenna for the 8.1-hertz Schumann frequency. The height of the Great Pyramid is 8.1 x 18 = 145.8 metres in which 18 is 3 + 6 + 9.

“The mathematical fingerprint of God is the number 9”

All numbers and ratios used and embedded by Thoth, the ancient Egyptian architect of the universe and meticulously arranged by Ma’at, his goddess consort responsible for stability and cosmic order.