The crowns of the pharaohs

The crowns of the pharaohs

In Ancient Egypt the gods and kings (pharaohs) were depicted with a crown, which, according to Egyptologists, were also taken into the grave for the afterlife. However, these crowns have never physically been found, neither inside nor outside graves. Did these crowns really exist or were they all taken by grave robbers as claimed. Not all the graves have been looted before archaeologists discovered them and this strengthens the idea that the crowns were only used in depictions and statues to indicate a certain, important phase in the life of a pharaoh. Even artefacts from looted graves will show up eventually. Therefore it is hardly surprising that there have never been found such crowns, nor any of the artefacts that accompanied the pharaohs like for instance the crook and the flail or the ankh and the was-sceptre that accompanied the gods.

There used to be different types of crowns like the red crown or Desjret as the symbol of Lower-Egypt, the white crown or Hadjet as the symbol of Upper-Egypt, the double crown or Psjent as a combination of the white and the red crown, the war crown or Chepresj of which is little known, the Atef crown worn by the first mythical king Osiris and the most common Nemes headdress. Combinations of previously mentioned crowns were also used. Goddesses and Egyptian queens were often depicted with a hood in the shape of a vulture, the so-called sacred vulture headdress (image 1). A pharaoh in times of war was depicted with the war crown and showed the status in the life of that particular pharaoh and his kingdom. Therefore a specific crown was often linked to a specific era. 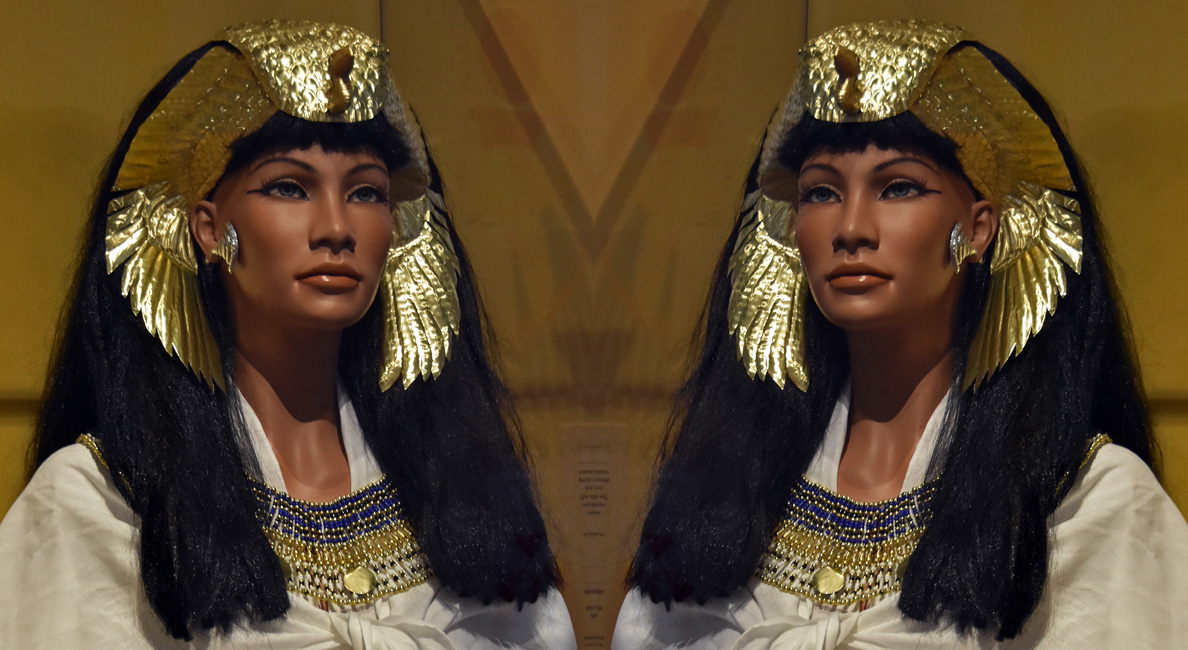 Gods were depicted with crowns because they were the first mythical kings in the time before creation and prior to the first Egyptian dynasty about 5,000 years ago. In Egyptian mythology, the pharaohs were the chosen ones and were seen as the direct descendants of the gods . Therefore they were provided with a sacred crown to show their divinity. Different crowns represented the life of the pharaoh and the last crown or Nemes headdress marked the termination of earthly life and the beginning of life hereafter. The blue-striped Nemes headdress and its braid as a death mask of which the best example is the death mask of Tut-Ankh-Amen (image 2).

The Nemes headdress or royal blue striped headdress isn’t a real crown but a cloth that often covered a crown and the backside of the head. Two parts of the cloth hung downwards alongside the ears on the front side of the shoulders and on the backside the cloth was tied together in a braid and provided with golden rings. The mythical Uraeus cobra, worn by gods and kings, was often combined with this headdress and symbolised the power and dominion on fertility and prosperity of the land. Only in the case of Tut-Ankh-Amen the Uraeus cobra was depicted in combination with the vulture to symbolise his divinity as the ‘feathered serpent.’ Just like Quetzalcoatl, the serpent god in Aztec mythology. This makes the young king Tut-Ankh-Amen a very important pharaoh, despite other assertions. He was the only Egyptian pharaoh depicted with the Nemes headdress decorated with both the Uraeus cobra and the vulture. In history, serpents and snakes represent fertility or a creative life force. The goddess Nekhbet, a woman with the head of a vulture or a woman wearing the Atef crown is often represented as the Egyptian vulture goddess and main protector of the king.

The Nemes headdress reveals the age of the deceased pharaoh

The Nemes as the death mask of Tut-Ankh-Amen is made of gold and lapis lazuli. Lapis lazuli is an azure blue gem, which, in Ancient Egypt, was often laid inside graves to accompany the deceased one in the afterlife. Lapis lazuli was believed to be as a sacred stone with magical powers and was also called heavenly stone because of the connection with life after death. A stone used as an azure ‘star map’; the road sign for the soul of the deceased. The Nemes headdress of the death mask shows the combination of gold and lapis lazuli as well as the contrast and agreement between life (gold-sun-life) and death (heavenly stone lapis lazuli). Life embraces death as expressed in the Nemes headdress as a death mask, which functions as a kind of bereavement card of the deceased one. A bereavement card with the earthly age of the deceased person in solar years as the bereavement card message. Therefore, the Nemes headdress as a death mask provides us with personal information of the deceased. It makes no difference whether it is a sculpture or a death mask. In both cases it marks the end of earthly life, either with or without the false beard that so often decorates the effigy of the pharaoh. 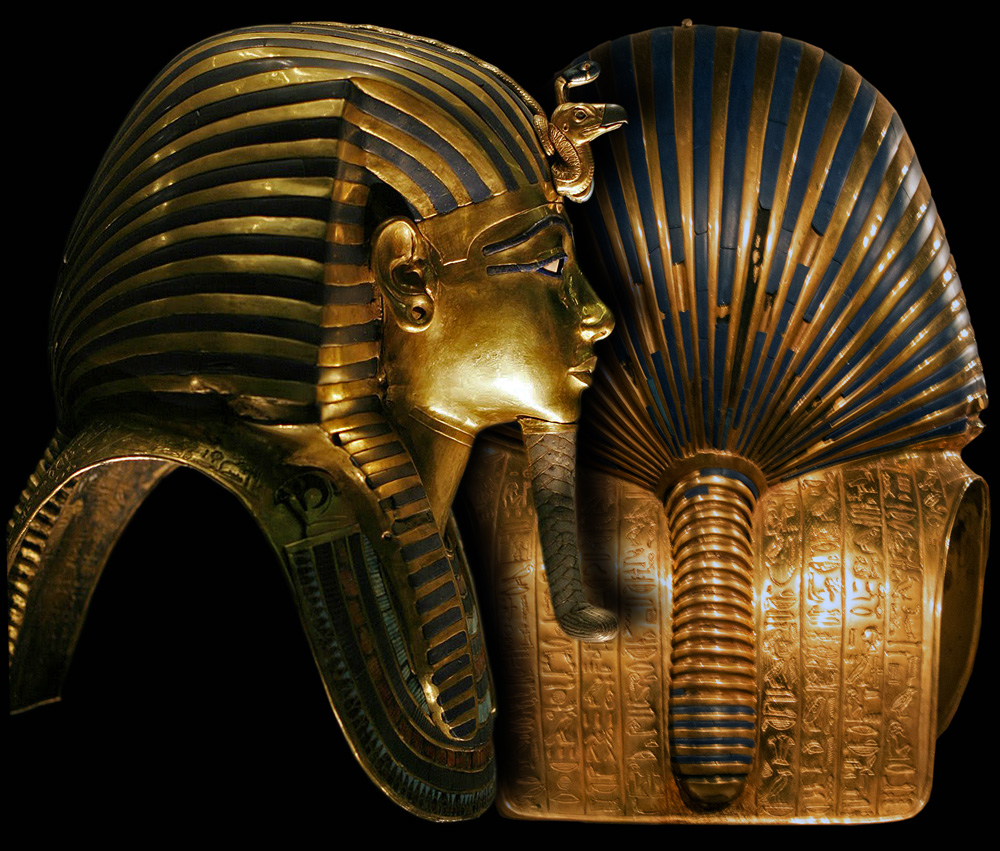 Image 3: The Nemes headdress and the braid

The ancient Egyptians also used the solar year for the period the sun needed to return to the same point. An ancient Egyptian year on the calendar begun with the flooding season of the Nile and counted, like in present times, three hundred and sixty five days. The age of the deceased pharaoh is represented by the number of rings (golden life rings) of the braid of the Nemes headdress (image 3). In the case of the death mask of Tut-Ankh-Amen the braid counts nineteen rings and that corresponds to his earthly life in solar years. 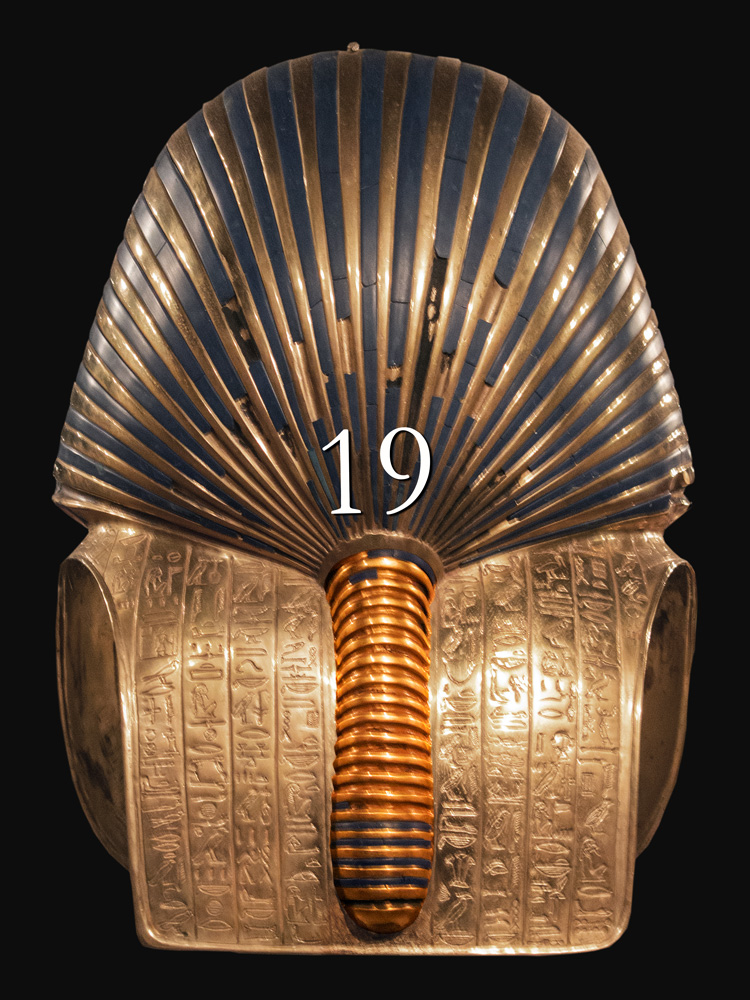 This can easily be verified with other statues or effigies of pharaohs wearing the Nemes headdress with a braid divided into rings. In Egyptology, it is often uncertain what the exact age of a pharaoh was. Another example is the granite statue of pharaoh Thutmosis IV, to be found in the Louvre in Paris and of whom it is claimed that he probably has become 33 years old. The braid of the Nemes headdress of the sculpture of this pharaoh counts 32 ‘life rings.’

This method could change the chronology of Ancient Egypt as a consequence of the specific age of the pharaohs and therefore deserves further examination. Unfortunately only few pictures have been taken from the backside of statues or death masks and that shows us that we, in our modern society, remain limited in our powers of observation. We should learn to observe in a logical and intuitive way in order to study and describe human history without prejudices or assumptions.